Tangled Shadows
After burying her grandaddy, twelve-year-old Callie Bennett drives a huge bussalo from Texas to Colorado with her younger half-sister in hopes of finding the one person who can insure they’ll be able to stay together. The girls encounter danger and excitement along the way. Lexy becomes sick, and they have to abandon the bussalo to escape a couple of hijackers before arriving in Colorado, only to find Grandaddy’s friend in a nursing home. Tangled Shadows is a middle grade adventure novel filled with excitement

Voices in the Tower Room
Twelve-year-old Jamie Radcliff uses a secret echo catcher to solve a mystery in her grampa’s Colorado mountain haunted mansion after her missionary parents leave her there and return to their mission in the Philippines. Jamie is angry and lonely at first, but in learning about the mansion and its original owner, eccentric Jabez Pearson, Jamie helps to solve a mystery, not only about the house, but about her own family.

The Porcelain Key
Twelve-year-old Chelsea Hanson spends the summer with her family in an isolated mountain town where her Great Aunt Minerva has left Chelsea a treasure hunt that exposes a family secret. Chelsea works hard to help the town overcome its fear of the local sheriff and brings everyone together at Good Neighbor Day.

THE FOLLOWING THREE BOOKS ARE IN THE ALISHA WRIGHT, DETECTIVE SERIES:

The Short Life of Tadamy Marshall
Twelve-year-old Alisha Wright helps a girl in the witness protection program flee from an evil pursuer and helps put a criminal behind bars.

Berto’s Quest
Alisha Wright helps a Mexican boy find his missing father and together they improve working conditions for Mexican laborers in their town.

The Patient in Room 36
Alisha Wright volunteers at a nursing home and helps nab a movie star evading authorities. 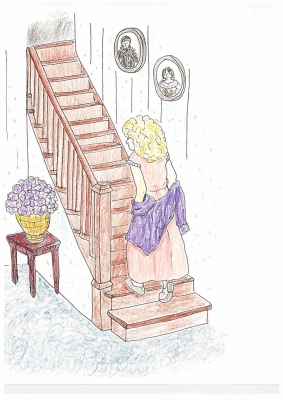 The Golden Treasure of Archibald Anthony

When Rasmus Raberthorn comes to steal Archibald Anthony’s golden treasure, Annabelle must use clever tricks to keep him occupied until her father returns home.